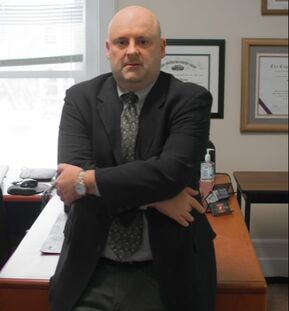 Scott Pullins is a Mount Vernon, Ohio based attorney, public affairs counselor, political writer, and charter school board member.  For 36 years he has worked for a multitude of Republican candidates, officeholders, political organizations, and small businesses.

He is running for the Ohio House in the newly drawn House District 98 which includes all of Coshocton and Holmes Counties and most of Knox County.  His top priority is restoring the state legislature as a separate, and EQUAL branch of state government.  That includes putting safeguards in place to prevent the abuse of power by government officials during pandemics.

Pullins is a strong advocate for medical freedom and a supporter of HB 248.  HB 248 would prohibit vaccine mandates, vaccine passports, and mask mandates.  He strongly believes that no one should lose their job over a vaccine.
Paid for by Scott Pullins for Ohio